One of the hallmarks of modern living is noise. Cars, HVAC, computers, phones, TVs, blenders, and refrigerators all make their own share of noise. As such, our hearing is subjected to more stimulus now than ever before.

But hearing loss isn’t a modern phenomenon. In fact, it’s a pretty ancient one, and people have been finding ingenious ways of mitigating the effects of hearing loss for centuries. Here at our hearing center in Detroit, we’re fortunate to work with the latest and greatest in hearing aid technology, but had you visited an audiologist hundreds of years ago, or even just decades for that matter, your experience might be very different.

A Renaissance in Hearing Technology

Civilizations have found clever workarounds for hearing loss and damage for centuries. Between the 13th and 18th centuries, it was not uncommon to find individuals utilizing a primitive version of the hearing horn. In many cases, someone might hold up a literal animal horn to their ear. The horn, usually sourced from rams or cows, “caught” the sound in the wide opening and amplified it into the ear of the listener. This was a far more practical way of improving one’s hearing rather than just shouting “WHAT?” progressively louder.

Beginning in the 18th century, we start to see some of the first examples of a “modern” ear horn. Rather than being made from actual horns, these items were made from metals like copper and brass. Early ear horns, or ear trumpets, weren’t all that practical and didn’t work all that well either. On top of that, they could be cumbersome and heavy. In any case, they didn’t amplify the sound; instead, they funneled it from the wide opening and into the ear.

Around the same time, scientists in the 17th century discovered the concept of “bone conduction.” They realized that sound could be conducted through the skull and into the brain. While some used ear horns, others used devices that they wore over their heads that pressed on their heads, just behind their ears. These devices were shaped like small fans and helped to conduct sound through the skull.

As the 19th century dawned, so too did new ideas on how to better conduct sound. At first, many of the changes to hearing devices were simply cosmetic. As the perception of injury and disease changed, people began to view hearing loss in a poor light. As such, many hearing instruments, including the trumpets and fans, were decorated with elaborate metalworking and engravings. In effect, the hearing aid became as much a fashion accessory as it did a functional one. But at the same time, other changes were made to these designs to help the user hear more clearly.

But it was at the end of the 1800s that the hearing aid saw its biggest advancement to date. In 1876, the telephone was invented, revolutionizing the way that sound was conducted and traveled. Sounds could now be transmitted electronically. The world took notice, and those with hearing problems, in particular, celebrated the advent of the telephone. They found that they could hear the other person at the end of the line more clearly than they could from across the room.

The rapid improvement of electronics at the end of the 19th century allowed for a proliferation of new sound and hearing technology. Early electronic hearing aids weren’t exactly nice to look at, but they were infinitely more effective than their metal horn counterparts. The hearing aid was worn around the neck and was a complex array of wires, heavy batteries, telephone-like receivers, and bulky headsets. The batteries didn’t last long, and if you needed several hours of hearing, you had to use a massive battery pack. The first hearing aid to adopt this design was the Akouphone. It featured a separate microphone, an amplifier and a set of headphones. While the system worked, it was cumbersome and expensive, ensuring it didn’t see widespread use.

By the turn of the 21st century, hearing aid design was ever more complicated and useful. Hearing aid manufacturers began to phase out the analog aids of the past and began using digital technology instead. Hearing aids now converted analog signals into a digital signal, and then send it into the user’s ear. The use of digital technology allowed users a degree of precision and freedom that they could have only dreamed of even a decade prior.

Today, hearing aids are more versatile and accurate than ever before. Many now use smart technology and are a part of the Internet of Things, meaning that they can connect to any number of devices. You can connect your hearing aids to your smart devices so that you can make and receive phone calls and text messages right through your hearing aids. In other cases, hearing aids can actively predict the setting you’re in and adjust to meet your needs, all without any input from the user.

Hearing aids today are discreet and powerful, making them easy to use and enjoy. This is undoubtedly a relief for some, as the idea of using a hearing trumpet is nearly unthinkable in a modern context.

A History of Quality Care

Here at Platinum Hearing Aids, we’re proud to be a part of a long history of audiology here in Detroit. We offer compassionate and skilled care, whether you need a new set of hearing aids or a simple hearing test. Call us today to schedule an appointment. 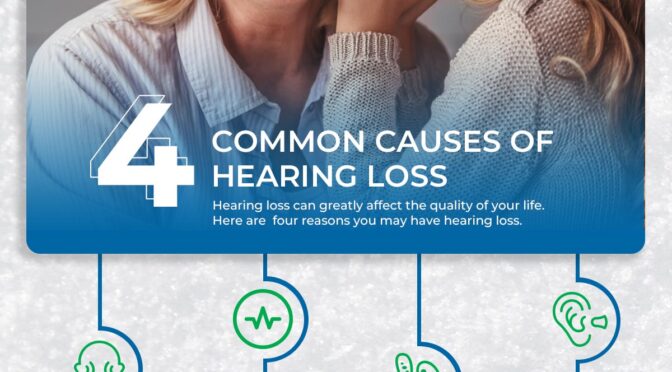 Hearing damage occurs more frequently than you might think. When we hear sounds that are excessively loud, they can damage the nerve endings in the inner ear. Over time, that damage can be exacerbated and as more and more nerve endings die off, your ability to hear goes down. Hearing damage eventually leads to hearing loss. At Platinum Hearing Aids, we strive to improve your hearing and help you prevent hearing loss through reducing your exposure to the causes of hearing damage. In this blog we’ll discuss the most common causes of hearing damage and how you can prevent it.

It’s important to protect your ears so that later on you don’t experience hearing damage or hearing loss. Take precautions to prevent yourself from noise and avoid damage to your ears from foreign objects. If you find yourself in the position of needing hearing aids, hearing protection, or hearing testing,  schedule an appointment with Platinum Hearing Aids today.

If you have any questions about our audiologists, hearing tests, billing information, or anything else about our practice, contact our office and a team member will be happy to assist you. We look forward to your visit.